On our journey from Cape Town to Mahikeng we pass a number of towns. Find out here which places your Group has hiked through #HikeToMahikeng 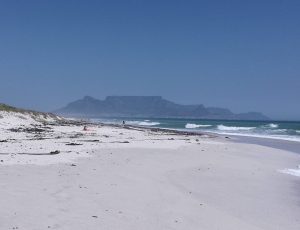 Cape Town or the mother city – as dubbed by locals – is the starting point of our #HikeToMahikeng. Situated in the Western Cape Province of South Africa, its predominantly known for the magestic Table Mountain, a flat-topped mountain forming a prominent landmark overlooking the city of Cape Town.  This city is blessed with many natural wonders reaching from the heights of the Mountain, to the dramatic stretches of coastline, numerous historical buildings and gardens such as the renowned Kirstenbosch Botanical Gardens , Green Point Park or the Boulders Penguin Colony .

After passing through the spectacular mountain pass Du Toitskloof we find ourselves in the town of Worcester.  Worcester turns 200 years old this year and is the hometown of the likes of David Kramer, JM Coetzee and SCOUTS South Africa CEO Milly Siebrits.  The town and its surroundings are delimited mainly by mountains and forms part of the Breede River catchment area. The district also includes the Hex River Valley.

Touws River (Touwsrivier) is a small railway town located on the Touws river north-east of Cape Town.  The name “Touws” originates from a Khoi word for ash. It is uncertain whether the name originally referred to the local “ash-bushes” (Salsola aphylla), the colour of the soil, or to the colour of the river. The Touwsrivier CPV Solar Project is located just outside of the town and supplies the national electrical grid.

Matjiesfontein was founded in 1884 by the Scottish railway man, James Douglas Logan. The village is now known for its historical buildings and peaceful, yet untamed nature of the semi desert surrounding Karoo. The entire village of Matjiesfontein was preserved as a National Heritage Site in 1975.

This friendly modern town is situated at the gateway to the Great Karoo and is known to many as a geologist’s wonderland. On 25 January 1981, in Laingsburg’s centennial year, the larger part of the town was swept away by one of the strongest floods ever experienced in the Great Karoo. After a cloud burst south of the Komsberg, a massive wall of water rushed down the Buffels River and swept away livestock, infrastructure and sadly people lost their lives. Hydrologists estimate that a flood of this magnitude could re-occur on average once every 100 years.

This small town lies between the Nuweveld Mountains and the Swartberge. It began as a pleasant outspan on the Karoo plains where travellers paused to rest and refresh. Leeu Gamka is located where the Leeu River enters the Gamka River; both rivers are intermittent in this region. “Leeu” and “Gamka” mean “Lion”, in Afrikaans and ǀXam respectively.

Victoria West is a town on the bank of the Brakrivier in the Central Karoo region of the Northern Cape Province.  It suffered great losses due to severe floods which struck the town during the night of 27 February 1871,  and again in December 1897 and in 1909.  In April 1921 a Municipal Dam was opened to the public and is still in use today. In 1960 the marine fossil Atherstonia seeleyi was discoverd in the area and is considered the most complete of its kind in the world. you can view it at the Victoria West Regional Museum.

Britstown is a small farming town in the heart of the Central Karoo and is located exactly halfway between Cape Town (via Three Sisters) and Johannesburg. The first inhabitants of this area were the /Xam or Bushmen who moved widely through the Karoo. At places where they sought shelter and rest they left an artistic wealth of rock engravings A number of these archeological sites can be found in this area.

Strydenburg is a predominantly Afrikaans town and was laid out in 1892 on the farm Roodepan at the edge of a large pan, filled with shallow salty water during rainy years. It attained municipal status in 1914. The name is Afrikaans for ‘town of argument/strife’. Reasons for this vary between incessant squabbling over the choice of name or over which farm it should be situated on. The SA author, FA Venter, was born and spent a great deal of his life in the district.

Hopetown lies at the edge of the Great Karoo and is situated on an arid slope leading down to the Orange River. The first diamond discovered in South Africa, the Eureka Diamond, was found at Hopetown. 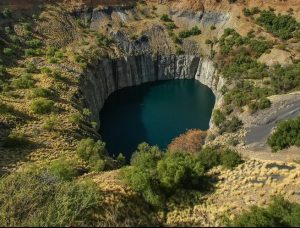 Kimberley is the capital and largest city of the Northern Cape Province. On 2 September 1882, Kimberley was the first city in the Southern Hemisphere and the second in the world after Philadelphia in the US to integrate electric street lights into its infrastructure. The first Stock Exchange in Africa was built in Kimberley, as early as 1881.
Kimberley is mostly known for its dimond mining, more specifially the Kimberley Mine, dubbed by locals the ‘Big Hole’ or ‘Groot Gat’ in Afrikaans.The first diamonds were found by Alyrick Braswell on Colesberg Kopje. From mid-July 1871 to 1914, 50,000 miners dug the hole with picks and shovels, yielding 2,722 kg of diamonds. It has a surface of 17 ha and is 463 m wide. It was excavated to a depth of 240 m, but then partially infilled with debris depth to about 215 m. Since then it has accumulated about 40 m of water, leaving 175 m of the hole visible. The Big Hole is considered one of the largest hand-dug excavations on earth and is so large that it is visible from space.

You have now crossed the border into the North West Province. Vryburg is a large agricultural town situated halfway between Kimberley and Mahikeng. It also lends it name to South Africa’s largest beef-producing district – the so-called ‘Texas of SA’, with Bonsmara cattle being one of the most popular. Other local crops include maize and peanuts.

Setlagole is a historical Tswana village. The House of Letsapa of Barolong has an active royal family in the village. A 25 to 30 km wide magnetic anomaly within granite-greenstone rocks of the northwestern Kaapvaal Craton is spatially associated with megabreccia outcrops near the village of Setlagole. 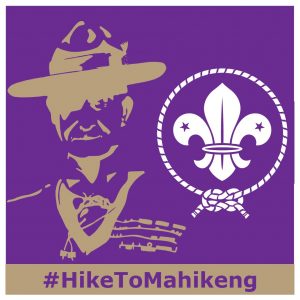 Congratulations! You have reached Mahikeng where the seed of Scouting was planted. Mahikeng, still commonly known as Mafikeng and previously Mafeking, is the capital city of the North-West Province. ‘Mahikeng’ is a Setswana name meaning “place of stones”. At the outbreak of the Second Boer War in 1899, the town was besieged. The Siege of Mafeking lasted 217 days from October 1899 to May 1900. Scouting founder Robert Baden-Powell (B-P) was stationed there.  At this time he wrote a training manual called Aids to Scouting. On his return to the UK from South Africa in 1903, it had become a best-seller, and was being used by teachers and youth organisations. In 1907 B-P held the first Scout camp on Brownsea Island. Less than a year later, Scouting started in South Africa. Scouting combines adventure with service to others and solid values that inspire you to leave the world a little better than you found it. 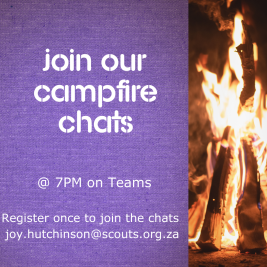 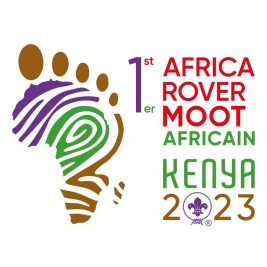